Press Release by: Other
"Rudolph looks to continue momentum and challenge the world in 2013"

January 16, 2013 - Traveling to Tucson, Arizona for the opening round of the Rotax Challenge of the Americas, 2012 Team USA member and Florida Winter Tour Rotax DD2 Masters Champion Alan Rudolph would start his 2013 campaign off in fine form. Looking to make a return to this year's Rotax Grand Finals, the veteran karter returned to the podium with a second place result on Saturday and improved Sunday to top the blocks and leave the opening round as the championship point leader.

As one of the quicker competitors during the unofficial practice sessions, Rudolph was excited heading into Saturday and the first wheel-to-wheel combat of the weekend. Looking to challenge for the pole position and ultimate race win, an ugly tire situation became apparent and Rudolph became a victim of it all.

"It was apparent after Saturday morning's qualifying session that there was a major tire issue," explained Rudolph. "It was deemed that a bunch of older tires were mixed in with the new ones and though the situation did not only affect me, it was a bad outcome for a lot of racers this past weekend. After the officials announced that there was a tire issue, they continued on with the day's racing and would work on solving the problem for Sunday."

After pacing the field by more than seven tenths of a second throughout testing, Rudolph would lose nearly a second with the tire issue. Working hard to overcome the problem, the multi-time champion would battle hard to claim the second step on the podium.

Back to the track on Sunday and with winning on his mind, Rudolph started the day off right claiming the pole position with a lap more than half a second clear of his competitors. Happy that the tire issue was resolved, Rudolph would start the prefinal from inside row one but was quickly overtaken in the fourth corner. Pushing hard to get back by the new leader, Rudolph would lock the brakes in one of the heavy braking zones resulting in the motor to shut off.

"It felt like it took ages to get the motor re-fired," explained Alan. "When I was back rolling again I was deep in the field and really had to push hard to make up the time lost. By the time the checkered flag had flown, I was able to slot into the fourth position and outside row two starting spot for the main event."

With a never-give-up attitude and always working hard for the best result, Rudolph proved his championship poise in the final event of the day, as he would take the victory. Advancing forward from his fourth place starting position to take the lead on the opening lap, the Arizona resident would never look back taking a commanding victory and putting an exclamation mark on the weekend.

With his double podium effort, the Vice President and General Manager of the Bondurant SuperKart School currently leads the Rotax Challenge of the Americas Rotax DD2 Masters points championship and will look to continue his winning ways at rounds three and four in Phoenix, Arizona in one month's time.

Alan Rudolph would like to thank PSL Atlantic and Mike Dobbelsteyn for all of their hard work and continued support. Without them, making a charge at the Rotax Grand Finals ticket would not be possible. Continuing to thank his supporters, Rudolph would like to thank his Dad for getting his hands dirty with the mechanical work as well as Whisler Racing Services and AJ Whisler for the tent space and tuning advice

Articles related to: Other 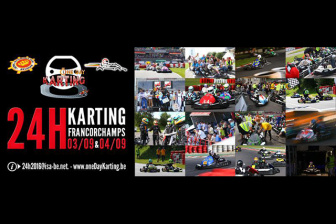 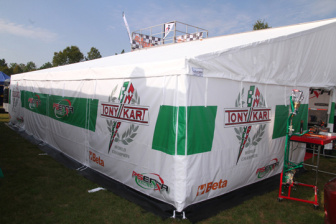