Two-time European KF3 champion George Russell - 15 years old next February - will race the forthcoming season on Birel/Tm. The champion from Britain has been testing in Lonato for the past few days in order to get acquainted with the new equipment. The first day of tests he piled up roughly 70 laps on an average of 42"3. We will see him at his debut in KF2 at the Winter Cup on this very same track on 17th February.
(photos Sportinphoto) 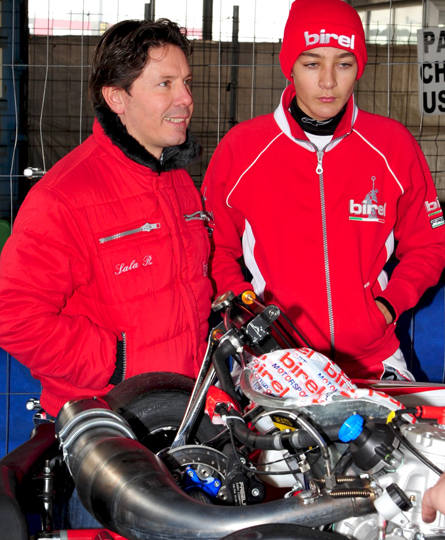