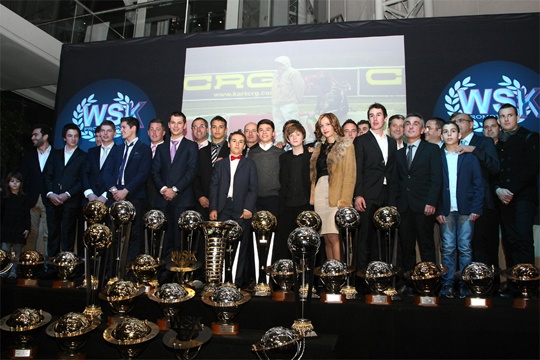 Press Release by: CRG
CRG AND TININI GROUP, AT THE PRIZE-GIVING CEREMONY OF THE 2012 WSK SEASON, CONQUER 30 PRIZES IN THE WSK EURO SERIES, MASTER SERIES AND FINAL CUP THANKS TO THEIR TEAMS AND DRIVERS

Montichiari (Brescia-Italy).  The annual prize-giving ceremony of the WSK promotion for the seasonwhich has just ended was literally dominated by CRG and the satellite brands of Tinini Group. Many trophies won by the group thanks to the achievements in the WSK championships: Euro Series, Master Series and Final Cup.

A great result achieved, this year too, by the men and the women of Tinini Group: the Group -during the event organized at the exhibition centre of Montichiari (Brescia) - got 30 awards, including the most longed-for, the "Driver of the Year” which went to the young English driver Callum Ilott on Zanardi of Dino Chiesa.

It was a wonderful event, organized by WSK Promotion. An excellent end of the year, characterized by a marvellous evening which celebrated the drivers, the manufacturers and the most representative teams, the protagonists of the 8 events of the WSK season.

In this context, CRG men and women were awarded by endless cheering for their winning season, beginning with the young Dutch driver of CRG Holland Jorrit Pex (CRG-Tm), the dominator of the WSK Euro Series in the top category, the KZ1.

In this international series, which besides its Italian rounds of Sarno and La Conca had also ValD'Argenton (France) and Zuera (Spain) as venues, the beautiful victory of the CRG Spanish driver Alex Palou (CRG-Bmb) in KF3 was outstanding, as well as, in KF2,  Felice Tiene's (CRG-Bmb) second place and, in the least powerful  60 Mini Betitaly Series, the second place of the other young Spanish driver Eliseo Martinez (CRG/Hero-Lke).

In the three rounds of the WSK Master Series at the beginning of the season, in KZ2 the victory of the English Jordon Lennox-Lamb (CRG-Maxter) was much celebrated, besides the second place in KZ1 of Jorrit Pex (CRG-Tm), then in KF2 the second and third place of FeliceTiene (CRG-Bmb) and Tom Joyner (LH-Bmb), in the 60 Mini the second and third place of Pietro Mazzola (CRG/Hero-Parilla) and of Eliseo Martinez (CRG/Hero-Parilla).

In the WSK Final Cup, the final event of the season which took place in Castelletto di Branduzzo (Pavia), in KZ2 the third place went to Andrea Dalè (CRG-Maxter), while in the 60 Mini the second prize was awarded to Eliseo Martinez (CRG/Hero-Lke). 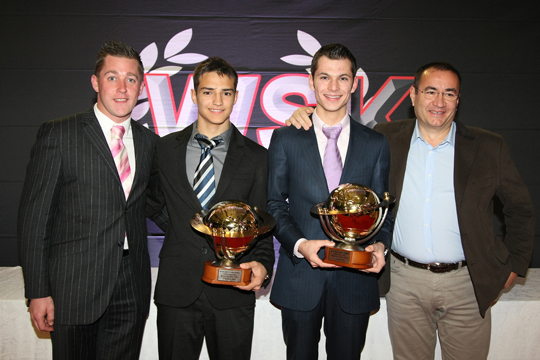 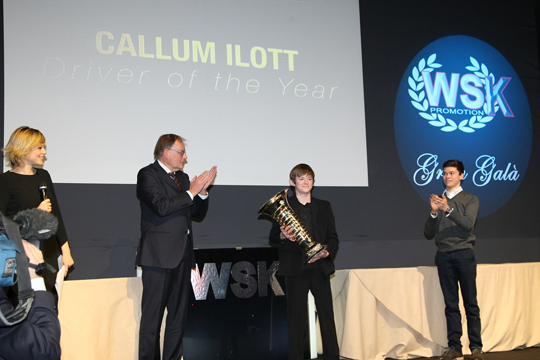 TININI GROUP, ALL THE AWARD WINNERS OF THE 2012  WSK