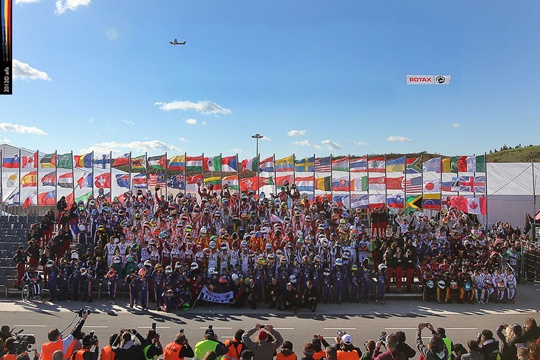 It's official! The 2013 Rotax Grand Finals will travel across the Atlantic in the newly CIK homologated circuit at Nola in New Orleans.
The Rotax importer for North America, MaxSpeed, managed to secure the host of the most popular world event of the karting season following massive growth and very successful planning.
The task is one: organizing the best Rotax Grand Finals event to date.

MaxSpeed and BRP-Powertrain enthusiastically commented:
"This event has been our primary focus ever since we started handling the distribution of Rotax products in the United States," said MAXSpeed president Richard Boisclair. "For the last two years, everyone at The MAXSpeed Group, NOLA Motorsports Park and BRP-Powertrain have been working very hard to make this happen."

For BRP-Powertrain's Robert Gumpenberger, this announcement is also the realization of a goal. "It has always been our desire to have a Grand Final in the United States. But the time and conditions have never been right," said Robert. "But now, with the efforts of The MAXSpeed Group, I believe now is the correct time for the Grand Finals to be hosted in America. We are all looking forward to a very special event in New Orleans."