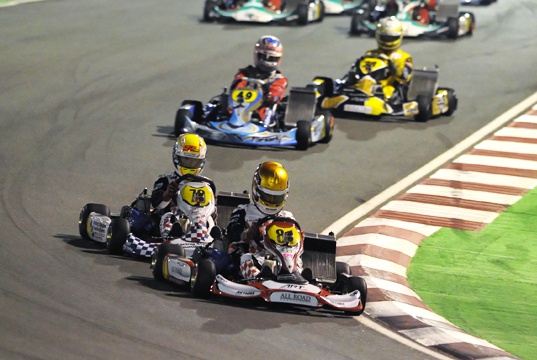 For the last time this season, the channel Motors TV – available in over 40 countries, either in English or in French – will broadcast from this week onwards a 48 minutes report on the CIK-FIA competitions. This time it will be the final of the U18 World Championship and of the Academy Trophy on the circuit of Bahrain. Held at night for the first time at night, this event more than offered its share of spectacle and saw Britain’s Henry Easthope become U18 World Champion after an action-packed final, while the Finn Joonas Lappalainen landed the Academy Trophy.
Multiple broadcasts are scheduled on Motors TV for the next two weeks. Broadcasting time-schedules are available on www.motorstv.com