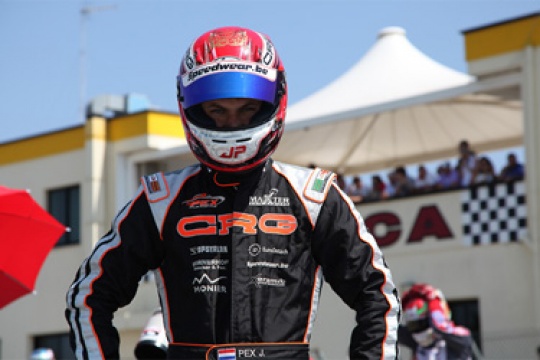 IN KZ1 JORRIT PEX IS THE LEADER, IN KF3 THE YOUNG PALOU LEADS THE CATEGORY RANKING, WHILE IN KZ2 LENNOX IS SECOND IN IN THE CHAMPIONSHIP AND HAS THE CHANCE TO CLOSE THE GAP AND WIN THE TITLE. WITH CRG, IN KF2, TOGETHER WITH TIENE AND GIRARD, THERE IS THE DEBUTANT NICOLAJ MOLLER MADSEN. IN KZ1 THONON, FORE’ AND FEDERER ARE READY TO BATTLE.

Lonato del Garda (Brescia - Italy). The titles of the prestigious WSK International Series will be assigned in Spain once again. The fourth and last round of the Euro Series will takeplace on the fast circuit of Zuera, near Zaragoza; here all the main protagonists are ready to battle in an event which is going to be very "hot", especially for the challenging aspect of the race.

As well as in last year's race, the scenario of the track in Aragon will enhance the competitiveness of the CRG offcial team, ready as it has never been before to prove the worth of its excellent chassis and performing qualities of its drivers in such an important event of the racing season.

In the WSK Euro Series, CRG aims at winning the title in three of the four categories which will be present on the track of Zuera. In KZ1 the leader is Jorrit Pex of CRG Holland, while in KZ2 CRG counts on Jordon Lennox-Lamb to win the title; at the moment he is second behind Negro. In KF3 the leader is Alex Palou. In few words this situation shows clearly how CRG is competitive in all the categories, including the KF2 where the top driver is Felice Tiene, brilliant winner in the last final of the European Championship in England.

IN KZ1 CRG LEADER WITH PEX. The top category, the KZ1, has CRG in the first positions of the ranking with the Dutch driver Jorrit Pex, the new European champion of the category and double winner in the two lastrounds of the WSK Euro Series in Val d’Argenton in France and La Conca in Italy.
In the ranking Pex is 18 points ahead of Dreezen, his strongest rival towards the title. But the beautiful streak of excellent performances of the CRG driver makes everybody expect a good result in the race of Zuera too.

Also the other CRG standard-bearers will take part in the WSK round in Spain: Jonathan Thonon, Davide Forè and Fabian Federer aim at finishing the championship with a good result, before committing themselves to the World Cup scheduled for next 2nd September in Sarno (Italy). 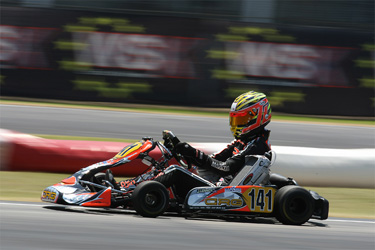 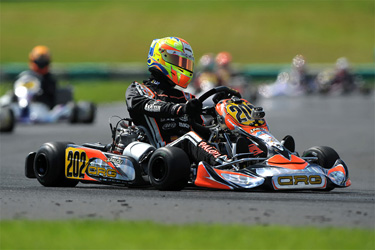 IN KZ2 "MISSION: POSSIBLE" FOR LENNOX. In KZ2 the CRG English driver Jordon Lennox-Lamb's mission is almost impossible but, nonetheless, he has got the skill to make the grade. He has to redeem himself after the false step in the last round of La Conca, where he fell victim of an accident in the Final after winning the Pre-Final. In the ranking Lennox is 32 points behind the leader, Negro: with 85 points at the disposal of the drivers in the double race of Zuera for the English driver the mission is possible.

IN KF3 PALOU'S GOAL IS THE TITLE. CRG is very committed in KF3 too. The team needs one more effort from its young Spanish driver Alex Palou: on his home circuit he takes part in the race as the leader of the ranking with the 146 points conquered thanks to two victories in the first round of Sarno and to the podiums gained in the Final of Val d'Argenton and in the Pre-Final in La Conca.

The event is going to be a very demanding one for Palou and it will be very hard to get the title; but the driverfrom Barcelona, for sure, will have all the technical support he needs from the CRG official team and he stands more than a chance to get his first international title after the second place obtained in the CIK-FIA KF3  European Championship only 15 days ago in England. In Spain, in KF3, Palou can count on the help of the other two CRG official  drivers: the Canadian ZacharyClaman De Melo and the Brazilian Vitor Baptista; they both performed well in these last races and their skill is improving fast.

IN KF2 WITH TIENE, GIRARD AND MOLLER MADSEN. In KF2, the CRG team is in the race with Felice Tiene: he has just won in the last Final of the KF2 European Championship in Brandon and is going to participate in the Spanish race to enhance his current fourth position of the ranking.

He will run also to get prepared for the next KF2 and KF3 World Cup appointment, which will take place right in Zuera on 22nd September.
For CRG, in KF2, also the French Ingrid Girad and the fast Danish driver Nicolaj Moller Madsen, who has just joined the team; he will use this race to get ready for the next international appointment: the World Cup of Zuera in September.

All the results on www.wskarting.com