Author: Vroomkart International
A fantastic end to the WSK International Series on the Spanish circuit of Zuera. With KF1 and KZ2 titles already awarded, KF2 and KF3 provide a good show, but KF1 final is by far the most exciting. Czech Libor Toman gives French Crg driver Arnaud Kozlinski a hard time, and takes the top step of the podium after a very tight and tremendously hard fought final… a great race to watch!
In this issue, also the Hall of Fame of karting updated to 2008, Zuera Circuit of the Month, Monaco Kart Cup report, Rotax, Rok, and Easy final, and much more... 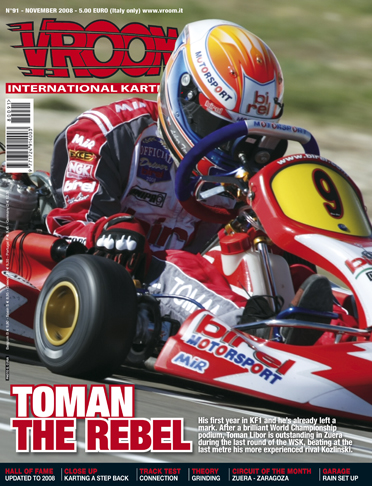 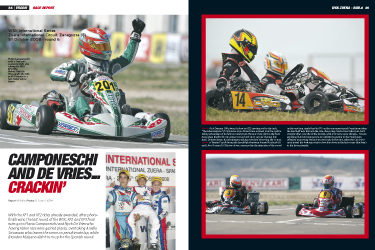 RACE REPORT – WSK Rnd.6 Zuera   With the KF1 and KF2 titles already awarded, after photo-finish wins, the last round of the WSK, KF2 and KF3 final wins go to Flavio Camponeschi and Nyck De Vries who having taken race wins gained places, overtaking Aniello Smarazzo who leaves the scene on penultimate lap, while Brandon Maisano didn’t turn up for the Spanish round. 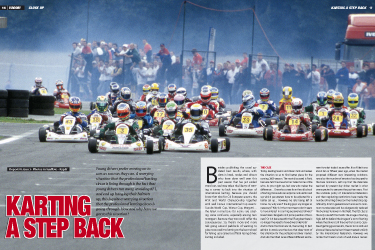 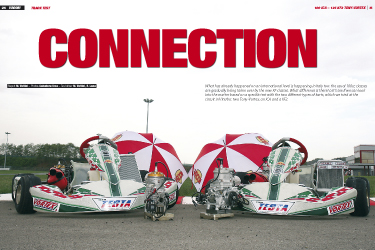 TRACK TEST – 100 ICA-125 KF Tonykart-Vortex   What has already happened on an international level is happening in Italy too: the usual 100cc classes are gradually being taken over by the new KF classes. What difference is there? Let’s see if we can look into the matter based on a specific test with the two different types of karts, which we tried at the circuit in Viterbo: two Tony-Vortex, an ICA and a KF2. 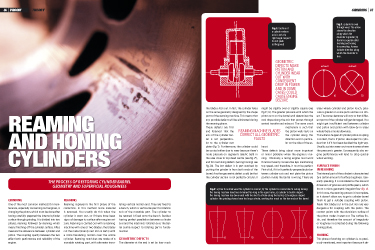 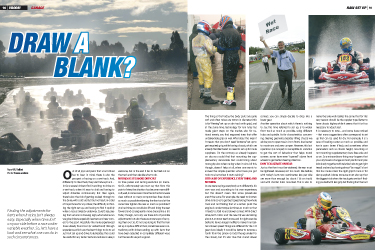 GARAGE – Rain set up   Finding the adjustments for karts when it rains isn’t always easy. Especially when time isn’t on your side before a race under variable weather. So, let’s have a look and see what one can do in such circumstances. 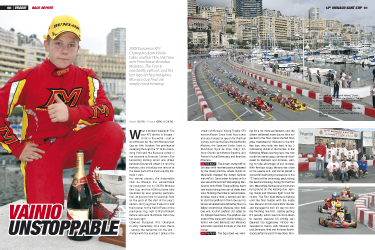 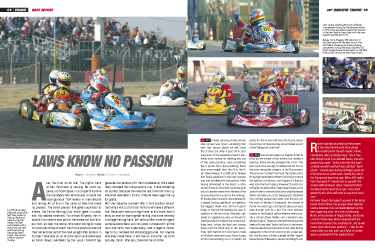 RACE REPORT – 38th Industry Trophy   There was an air of commotion and solemness as Daniil Kvyat, overtaken by the usual crowd of aggressive competitors (161 the first weekend, 144 a week later) received the championship cup: it was bordering on surreal. Because this was the last time that this cup would be awarded in Emilia. It would never again be up for grabs.
Will the Industrie survive? Will it find another home? 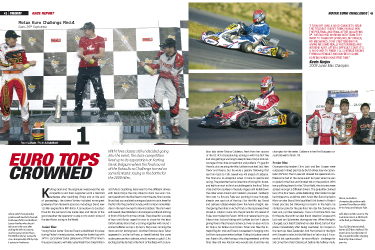 RACE REPORT – Rotax Euro Challenge Rnd.4   With three classes still undecided going into the event, the close competition lived up to its expectation at Karting Genk, Belgium where the final round of the Rotax Euro Challenge turned on some fantastic racing in the battle for the 2008 titles. 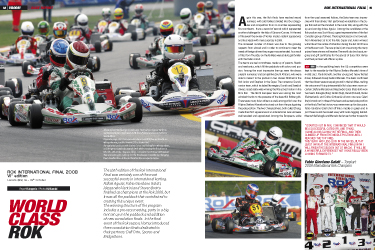 RACE REPORT – 6th Rok International Final   The sixth edition of the Rok International Final was certainly one of the most successful events in international karting. Rafael Aguiar, Fabio Giordano Galati, Alessandro Vantini and Steven Brotto finished as champions at the Rok 2008, but it was all the paddock that contributed to creating this unique event.
The winning structure of the program includes a pre-race meeting, party in a big tent set up in the paddock and addition of new consolation finals.  In the final event of the Rok season, Vortex introduced three consolation finals dedicated to their partners: Dell’Orto, Sparco and Bridgestone. 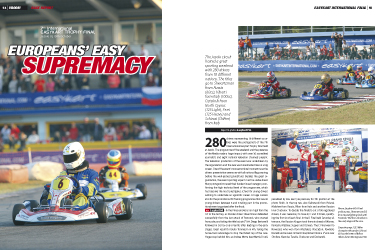 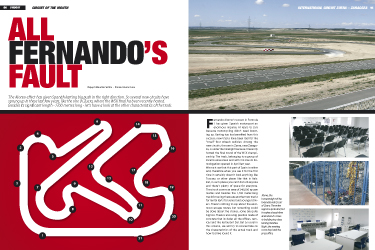 CIRCUIT OF THE MONTH – International Circuit Zuera   The Alonso effect has given Spanish karting big push in the right direction. So several new circuits have sprung up in these last few years, like the one in Zuera, where the WSK final ha been recently hosted. Besides its significant length - 1700 metres long - let’s have a look at the other characteristics of the track.


CARTOON – Too pumped up   ZigZag is busy with tyres pressure, but he loses the plot chatting up a pretty lady kart driver in the pits…