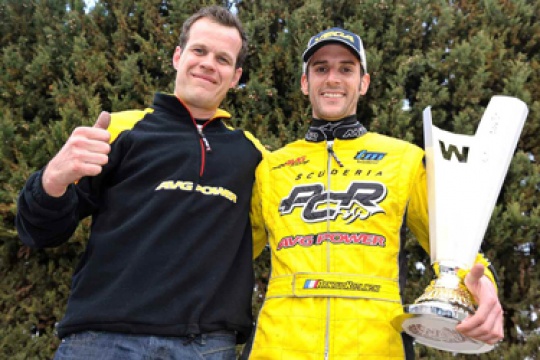 At the beginning of this 2012 season, the AVG Racing team did not have to wait long for victory. After an excellent Winter Cup, which he concluded with a second place, Arnaud Kozlinski quickly replicated his successful performance by winning brilliantly the first WSK Master Series round held at La Conca. In Southern Italy, AVG and PCR also achieved excellent results thanks to Simo Puhakka and Dylan Davies, both equally brilliant.

It did not take long to establish a deep mutual understanding between Anton Van Grunsven’s AVG Racing Team, the Italian make PCR, the engine tune-up specialist TM and the French driver Arnaud Kozlinski. Indeed, they share the same willingness to work hard to move forward... and win! “I was eager to go to La Conca, because now that the track has been resurfaced, the asphalt has an incredible grip and it is a good testing ground for chassis. We performed well in Lonato, in February, so it was important for us to be there, under very different conditions”, commented Kozlinski, who was nicknamed “Koko” by the paddock.

Right from practice sessions, Arnaud Kozlinski and his team mate Simo Puhakka were in the top 10 and were one behind the other on the grid of Final 1. During the final, the two PCR-AVG karts both managed to regain ground and crossed the finish line 3rd and 4th respectively. It was the first encouraging result, achieved on Saturday! 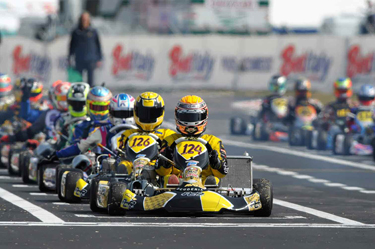 On Sunday, the progression continued, especially for Koko. “Our performances were already good on Saturday, as proven by a best lap time during the race, we managed our tyres well and I drove a race on the attack during Final 2, after a 1st and 2nd place in my two heats”. At the end of a 25-km long effort, Kozlinski crossed the finish line as the winner, for the greatest joy of AVG Racing, happy to see the triumph of a PCR-TM developed in its facilities, whose know-how is widely recognized.

After getting boxed in the pack, the Finnish driver Simo Puhakka eventually made it back to the top 10, in 9th place. The Dutch driver Sinan Van der Raad first climbed up to 18th place in Final 1, then pushed hard in Final 2, gained a few more places and concluded his performance in 17th place. Kozlinski is now leader of the overall WSK Master Series classification and has already 60 points to his credit.

Dylan Davies Enters Top 3
Dylan Davies showed quite a progression in KZ2, on the circuit of La Conca where he had already shown a brilliant performance in 2011. After a bit of disappointment for his 17th place in timed qualifying, he had a very good performance in the qualifying heats and took the start from 3rd place in Final 1, which he finished in the same position. Again in the lead pack in Final 2 after a textbook start, he was hopeful of a podium finish in the race, but was forced to withdraw. 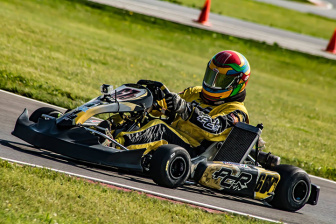 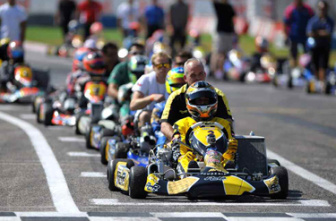 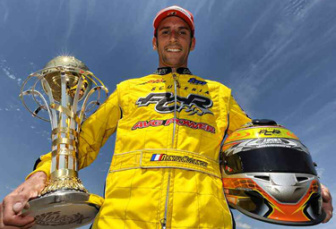 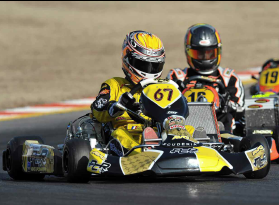 AVG Back on Podium

SCUDERIA PCR AND RP MOTORSPORT: A DIRECT LINE BETWEEN KARTS AND FORMULA 3 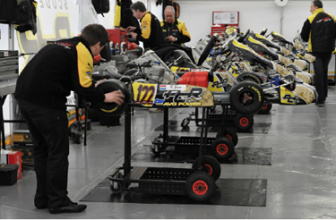 Victory: The Order of the Day