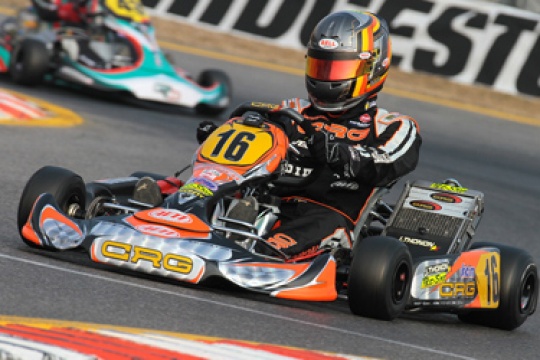 CRG READY TO MAKE ITS DEBUT IN THE 2012 WSK MASTER SERIES WITH ALL ITS CHAMPIONS. IN THE COMPETITION THE KZ1, KZ2, KF2 AND KF3 CATEGORIES WITH SEVERAL NOVELTIES. THE FIRST EVENT IN SCHEDULE IS IN LA CONCA ON 4th MARCH.

Lonato del Garda (Brescia – Italy). With the first round of the WSK Master Series, in schedule this weekend on the international circuit La Conca of Muro Leccese, the great international karting season begins. This is the first of the three Italian events of the series. The other two rounds are on 18th March in Sarno and on 1st April in Castelletto di Branduzzo (Pavia).

DUEL FOR THE LEADERSHIP. At the start of the race around 250 drivers from all around the world, with all the major constructors and teams, for a first high level challenge. This is only the beginning of a season which continues with the even more important WSK Euro Series championship in four rounds run in Italy, France and Spain. KZ1, KZ2, KF2 and KF3 are the international categories taking part in the race, besides the national category 60 Mini.

CRG AT THE TOP IN KZ1. CRG is officially taking part in WSK Master Series for the first time with all its team and its best drivers. In KZ1, Jonathan Thonon - reigning world champion - is racing on the competitive CRG chassis powered by the performing Maxter engine. Together with him the other winner of world championships, David Forè, and the two young official CRG drivers at their debut in the top categoy Mirko Torsellini (last year's leader in the WSK Final Cup) and Fabian Federer (KZ2 European Champion), besides  another young, promising and talented driver such as the Dutch Jorrit Pex.

In KZ2, among  the CRG-Maxter Official Team drivers there is also Jordon Lennox-Lamb, who has been racing mainly in KF2 so far. Other expected protagonists in this category are the many private drivers led by the expert Daniele Delli Compagni. 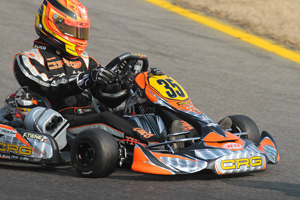 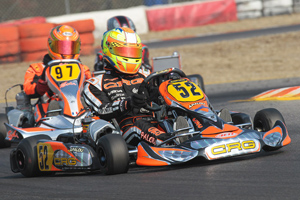 NOVELTIES IN KF2 AND KF3. The CRG lineup in KF2 is very interesting too. Besides  Felice Tiene and the English Luke Varley, there will be also the debut of the Turkish Kittitat Vongprai, all on the performing CRG chassis, this timepowered by BMB engines  which already showed their potentialities with the LH Racing Italcorse Team in the last Winter Cup. In the race also the English Tom Joyner, standard-bearer of the LH Racing Italcorse Team, and Giovanni Martinez on CRG-TM.

In KF3 it is confirmed the couple of drivers formed by the two very young drivers who stood out in the last Winter Cup: the Spanish Alex Palou and the American Santino Ferrucci. These two drivers too are racing on a CRG chassis powered by BMB. Interesting results are expected also from some private drivers such as theRussian Georgy Antonov and Leonardo Tano, both on CRG-Parilla, and Angelo Giannone, racing for LH Italia on LH-Maxter.

The CRG brand is in the 60 Mini too, where the youngest protagonists of the WSK Master series are running for private teams ready to show their competitiveness inraces which are always uncertain till the chequered flag.