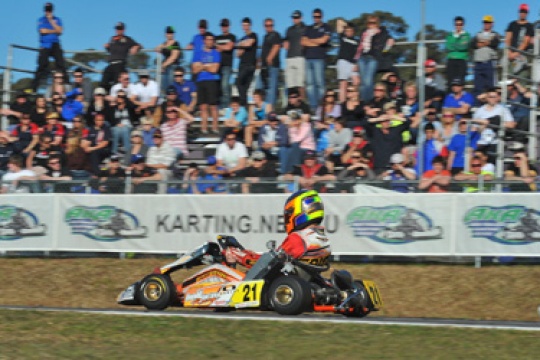 Australian motorsport’s next generation of stars will be on show in Adelaide next weekend (February 25/26) when the 2012 CIK Stars of Karting Series presented by Castrol EDGE begins at the Bolivar Raceway in South Australia.

As the elite level of karting in Australia, this series has been responsible for developing the skills of numerous V8 Supercar champions and stars – none more so than three-time V8 Supercar Champion Jamie Whincup and Adelaide V8 star Tim Slade. Both of which are former champions of this series.

Other current V8 drivers who are former champions of the CIK Stars of Karting Series include Mark Winterbottom and Michael Caruso, while James Courtney is a dual World Karting Champion.

This year’s championship, featuring three elite categories – Pro Light (KF1), Pro Gearbox (KF1) and Pro Junior (KF3) – will be contested across five rounds with drivers using equipment that is identical to that used in the World and European Championships.

Victorian Jake Spencer added his name to the James Courtney Trophy (awarded to the winner of the Pro Light category) last year in his first attempt at the title.

Spencer enjoyed a titanic battle with reigning champion Cian Fothergill, along with his own team-mate Adam Hughes, Matthew Waters and Tony Kart Australia’s Aidan Wright throughout the year before finishing with the number one plate.

With the majority of the 2011 field re-assembling to battle for this year’s title, Spencer will have his work cut out for him if he is going to become only the second driver in series history to claim consecutive championships.

“It’s an amazing feeling to know that I’ve joined the likes of Mark Winterbottom and Jamie Whincup who have won this trophy before,” said Spencer.

“I expect that the chase for the championship will be even tougher this year than what it was in 2011 - and that was pretty tough.

“There a number of drivers who have either switched chassis or teams during the off season and I’d expect that they’ll all be out to make an impact throughout the year. There’s also a couple of good junior drivers making the step up into the category like Joseph Mawson and Jake Klarich. I think they’ll be fast from the outset and will certainly be challenging for spots on the podium.”

There will be 28 drivers line-up on the grid in the Pro Gearbox category where Toowoomba’s Tyler Greenbury will look to defend the title he secured last October. 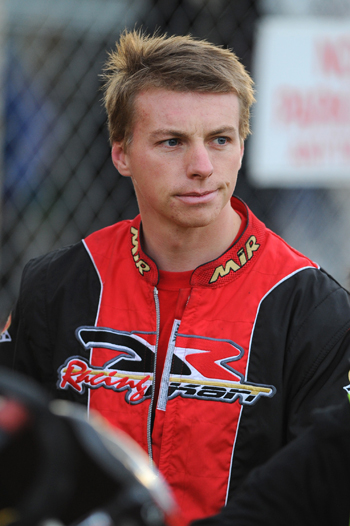 The six-speed 125cc karts will reach speeds in excess of 120 km/h around the 780m Bolivar Raceway with some of the country’s most talented drivers behind the wheel.

Among the field will be four drivers who will be under the guidance of V8 Supercar driver Michael Patrizi. The Tekno Autosports driver is a former Australian Karting Champion himself and as Team Principal for the Patrizicorse outfit he is enjoying once again being a part of the karting scene.

“I enjoy karting more than most, it's a big passion of mine and I believe some of Australia's best motor racing drivers are competing in the Stars of Karting championship," said Patrizi.

"Patrizicorse is my project which lets me unwind from being a professional driver through staying involved in motorsport, which is what I love.

"This championship is the pinnacle of Australian karting and I believe this is where our future professional drivers will come from.

"I get as much satisfaction and thrills from being a team owner for Patrizicorse and driver mentor for Jake Klarich as I do driving in the v8 Supercar Championship, bring on 2012.

"More V8 supercar owners and drivers need to take more notice on what this championship is doing and the calibre of drivers that are involved. "

With last year’s top three in the championship moving into the senior ranks of karting, while also eyeing off opportunities in Europe, the opportunity is ripe for a new junior star.

Queenslander Brock Plumb, who finished equal runner-up in the 2010 series and fifth in 2011, and Jake Coleman, who finished fourth in the 2011 championship, will start as two of the strongest favourites for the 2012 series.

Victorian Thomas Randle, son of former Australian Sports Sedan Champion Dean Randle, was one of the big improvers throughout 2011, along with Canberra’s Cameron Hill, will be one to watch in this year’s series.

Adelaide’s hopes in the Pro ranks will lie with Salisbury East’s Ben Edwards in the Pro Light category while Athelstone’s Scott Taylor and Salisbury Plain’s Daniel Price will fly the flag in the Pro Gearbox ranks.

After finishing on the podium in the corresponding round last year, Taylor has got his sights set on another top finish in front of his home crowd.

“I entered last year with no real expectations so to finish on the podium and fifth overall for the series was very rewarding when you consider the high quality of drivers who are competing in the series,” said Taylor, who finished fifth overall in the 2011 series.

“It’s been a good off season over Christmas, however I haven't spent a great deal of time in the kart, not as much as I would have liked to, in preparation for such an event. Nevertheless, we go into the round with good equipment and a few tricks up our sleeve, so I'm confident we will still be as competitive as we were one year ago!”

The Australian Leopard Challenge is new to the series in 2012, it will see competitors use an IAME 125cc Water-cooled engine and be vying for the opportunity to win a KF engine for use in the 2013 CIK Stars of Karting Series thanks to Remo Racing.

Also in action on Sunday, will be the Castrol Cadet Challenge where drivers aged eight and nine will negotiate a ‘slalom’ course, designed to highlight the skill of the youngsters behind the wheel.

The Bolivar Raceway is located on Summer Road, Bolivar.  Admission is free for Spectators with racing beginning at 9:00am on both Saturday and Sunday.


EVENT DETAILS
Name: CIK Stars of Karting Series presented by Castrol EDGE - Round 1
When: From 9am Saturday and Sunday February 25/26
Where: Bolivar Raceway, Summer Road, Bolivar
Admission Cost: Free
What: Australia's next generation of motorsport stars reaching speeds in excess of 120 km/h while racing inches a part