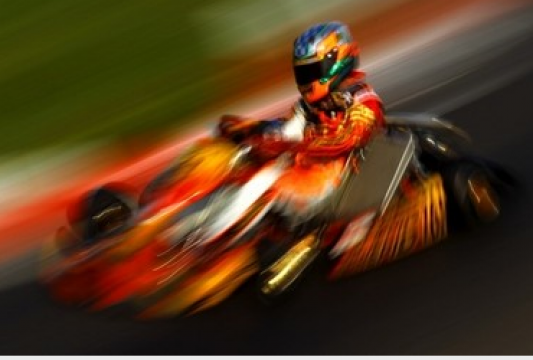 With the engine allocation by drawing lots, the 2012 World KF1 Championship will borrow one of the principles that ensure the success of the other World Championship of the CIK-FIA, the “U18”. The operating mode will of course be different and specifically adapted to the standard of KF1.

Contrary to what is practised in the “U18”, engine supply in KF1 will thus not be provided by a single-supplier, and competition will be open to every engine Manufacturer wishing to enter, subject to accepting the basic principles. At the time they enter, the Drivers will have to choose their engine make amongst those which are specifically entered in the Championship. At the venue of the events, two engines of their selected make will be allocated to them by drawing lots.
A working meeting aimed at discussing the modalities of this original system was held on 14 December in Casteletto (ITA).
The CIK-FIA Vice-President, Kees Van de Grint, and the Head of the CIK-FIA technical Department, Laurent Arnaud, gathered the bosses of the engine Manufacturers BMB, FIM, Maxter, Maranello, Parilla, TM, Vortex and XTR.

Although the exact terms of the regulations are still to be drafted and validated by the decision-making bodies of the CIK and of the FIA, most participants have agreed to define:
- the minimum number of engines that the engine Manufacturers will have to supply at each World KF1 Championship event (according to the number of Drivers they will have to service),
- the instauration of an engine lottery on Saturday and of another one on Sunday,
- the storing of engines in the Parc Fermé throughout racing days (Saturday and Sunday),
- the duration of the sessions dedicated to the indispensable running-in of engines,
- the conditions of intervention of engine Manufacturers after the allocation of engines,
- the package allocated by drawing lots to the Drivers (engine, ignition and exhaust),
- the conditions and deadlines within which Entrants will be authorised to change engine brands between two events.

After the meeting, the CIK-FIA Vice-President Kees Van de Grint stated: “This was only a working meeting. But I am pleased to point out that four engine Manufacturers confirmed that they would enter the 2012 World Championship as engine suppliers. Two more Manufacturers have indicated that they may also enter, which means that the Championship will start on solid bases. Response from the Drivers is also strong and a dozen of them have already announced their participation. In that meeting, we were obviously unable to take any regulatory decisions since in the last resort it is the FIA which decides and validates the regulations, but knowing at least 4 Manufacturers fully agree with the draft regulations is of prime importance to bring the proposal before the FIA.”