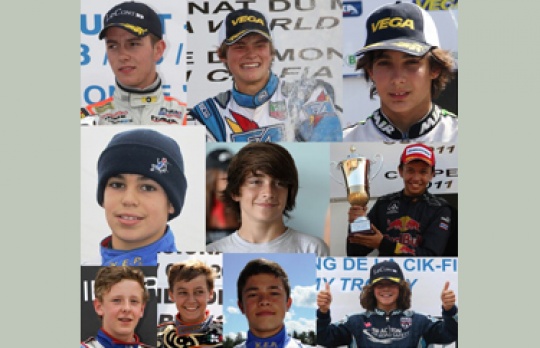 French Motorsport Federation (FFSA) unveils the list of 10 Juniors Karting drivers who will compete in Palais Omnisports of Paris-Bercy on December the 10th and 11th for the 1st edition of the ERDF Masters Kart.

“With these great drivers, Juniors races of the ERDF Masters Kart will allow to highlight Karting, category in which almost all professional drivers started. French public and worldwide TV viewers will thus discover the best karting drivers, on a 100% electric technology!” explains Nicolas Deschaux, FFSA President.

“Bercy always revealed future F1 champions. After Fernando Alonso, Lewis Hamilton or Sebastian Vettel, I hope Juniors who will be in Paris for the ERDF Masters Kart will have such great careers!” conludes Philippe Streiff, ERDF Masters Kart producer.

Become a fan on our official page on Facebook and follow us to know the last news !!