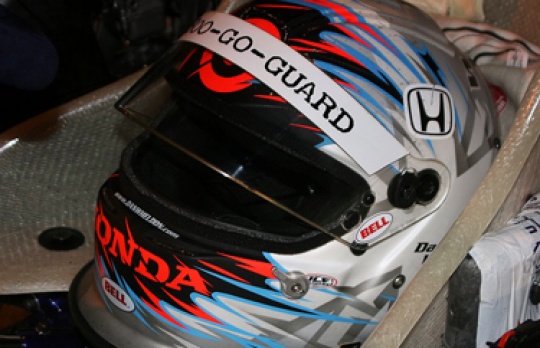 
Dan, who started karting at four in England becoming Cadet and Junior national Champion and then moved to the US to race in single-seaters, spent good part of his time racing karts to promote the sport.

In the last few years he took part to some of the main karting events in the American continent – the SKUSA SuperNationals, the WKA Manufacturer’s Cup, the Florida Winter Tour, the PRI Karting Classic and the 500 Milhas Granja Viana in Brazil – becoming a great ambassador of the sport.

Also thanks to his enthusiastic endorsement and presence at karting events, the sport of karting in the US is increasingly being considered as a vital stepping-stone to Formula racing.

As Terry Fullerton protégé, Dan reached the peak of his karting career in 1995, when he won the Suzuka Formula A World Cup, and finished 4th in the European FA Championship winning Final 1 and 2 in a fantastic weekend in Mariembourg.

Much more he could have achieved, and yet Dan will be remembered by all as a fantastic person as well as an outstanding driver.


Our thougths are with his family and close friends.