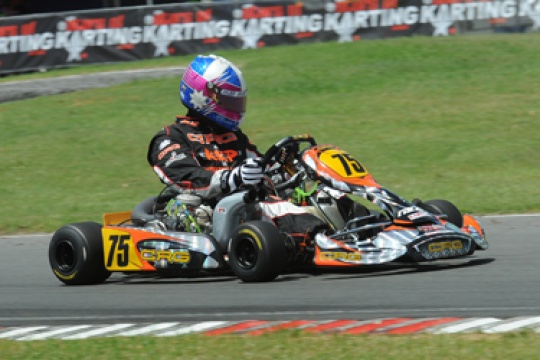 In terms of motorsport titles, it doesn’t get much closer than this year’s battle for the John Pizarro trophy awarded to the winner of the Pro Gearbox (KZ2) category in the CIK Stars of Karting Series presented by Castrol EDGE.


Entering next weekend’s final round of Australia’s elite series, to be hosted by the North Shore Kart Club at Newcastle, the top seven drivers are separated by a mere ten points.

With a maximum of 85 points up for grabs, there’s little doubt that the champion will not be decided until the chequered flag falls on the final 25-lap encounter next Sunday afternoon.

The ’Magnificent Seven’ is headed by last year’s series runner-up Kel Treseder on 229 points.  Despite not having won a round so far in 2011, the Bundaberg driver finds himself with a slim four-point gap over last round winner Tyler Greenbury (Toowoomba, QLD) at the top of the standings.

In equal third place behind Treseder and Greenbury in the standings is second-generation racers Macauley Jones (Albury, NSW) and Jason Pringle (Essendon, Vic) on 222 points.  Reigning series champion Matthew Wall is in fifth place on 220 points, one marker ahead of South Australian Scott Taylor (Athelstone, SA) and David Sera (Narre Warren, Vic) who missed the opening round due to commitments in America.

Treseder entered last year’s finale with a 14-point buffer before Wall stole the title on his home circuit in Melbourne.  While he believes he learnt a lot from last year’s defeat, Treseder is not underestimating the challenge ahead of him if he is going to become the 2011 champion.

“Last year I had 14 points back to 'Walley' (Matthew Wall), the difference this year is that there is seven drivers within ten points rather than just one,” said Treseder.

“While I’m in front, I might as well be in seventh, it’s that close.  It’s going to all come down to who gets it right on the weekend, who finishes every race and who finishes on the podium.

“It’s also going to be a measured performance – especially in the heat races, then see how much everyone has got left in the tank out on Sunday."

Greenbury broke through to claim his maiden round win at round four of the series in July, however, like Treseder he is very aware that there’s still a very long way to go before the champions name will be engraved on the John Pizarro trophy.

“There’s a fair bit pressure on everyone entering the round but I’m not going to approach it any different to any other event, well I’m trying not to anyway,” said Greenbury.

After completing two rounds in last year’s series, Greenbury entered this round with little expectations given the high quality of opposition in the Pro Gearbox field.

“I came into the year with very little expectations, and didn’t start that well either, but since mid year everything has really fallen into place,” said Greenbury.

“I had a Formula Ford test in June and July, which really sparked my interest in my racing again and probably got me focused and motivated to do well in this series more than anything else.” 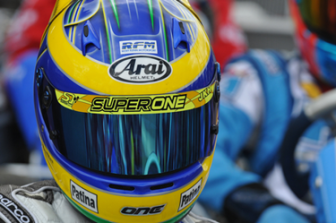 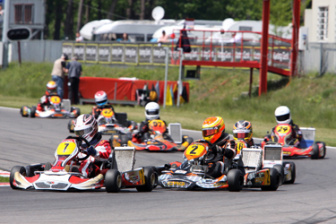