Author: Vroomkart International
For motorsport enthusiasts, May 1st is not a date like any other.
Every year we go back a little bit back in time, for those who were present, and go back to thinking about what Ayrton Senna has represented for the world of motorsports. After 26 years from that tragic weekend that, in addition to Ayrton, also stole away Roland Ratzemberger, as every year we find it right to remember the driver who made everyone fall in love with that golden era of Formula 1, the era where man counted more than the car and often dealt with the politics of sports. Ayrton Senna has marked generations and eras, leaving something in all those who, even if they were not born with his legend, have drawn inspiration from the man even before than from the driver.
For this year, we have decided to talk about and narrate Ayrton in our own way, writing some memories, some thoughts that come back to mind thinking back to Senna. Here are some thoughts from our editorial staff.
Simone Corradengo
I was born in 1996 and, unfortunately, I completely lost the Ayrton era. This "justified absence", however, allowed me to get passionate about this world which, currently, represents the constant of my life. I grew up with Michael Schumacher but over the years, documenting myself and becoming passionate about it, I discovered and understood who Ayrton was and what he represented for motorsport. I have always found him mysterious, with a personality of his own that never allowed to show through at random and for this reason, he managed to enter the hearts and minds of many.
The first time I saw an on-board sound it referred to the Monte Carlo 1991 pole position. I always defined it as the perfect lap. I had never experienced a sense of risk and speed like that only through a screen, it was not my Formula 1, it wasn't the one with the gearbox by the steering wheel… something incredible that I often look at over and over. Then there are those phrases, aphorisms, and historical moments that have always inspired me and for this, I am happy, the same. 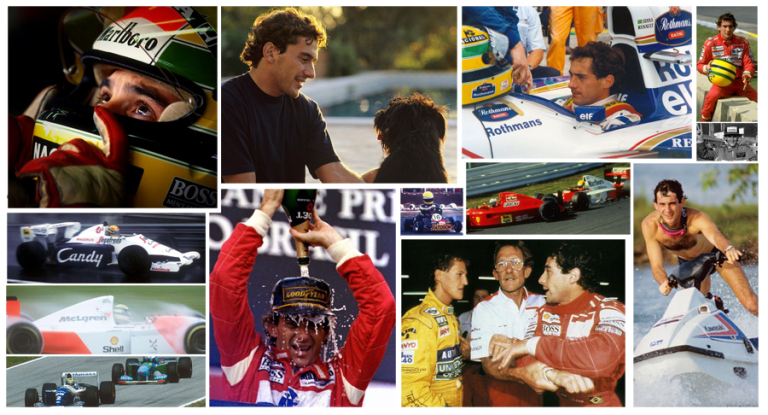 Fabio Marangon
I was not his fan and I probably would never have become one, but it's because I have always cheered for losers and rude, grouchy drivers at the steering wheel, drivers like Alesi, Irvine, or De Cesaris. Senna started living indelibly from that 1st of May, a bit like when you find out that a distant relative has died and since the inheritance is heavy, then you decide to go and find out to know him better. From that infinite archive that has been his life of just 34 years, something unique has emerged and it has been nice to share this legacy with the millions of people who have since started to love him. Even my seventy-five-year-old aunt, the one who doesn't follow sports.
Andrea Saccucci
The first time I saw Ayrton Senna was in 1988 in Imola, however, I was too young to understand, in the midst of the noise of the turbo engines, the man beyond the driver. In 1995, during a competition car exhibition there was an all blue and white car, a Formula 1 ... it was the FW16 with the number 2 on the nose. Although it was only a show car, I watched it from a distance, intimidated by the number and name written on the cockpit. I waited late in the afternoon when at closing they covered it with a sheet to sneak inside the cockpit and grab the steering wheel and the paddles behind it .... I don't remember how long I stayed inside that stationary, immobile cockpit but I remember very well having heard a particular energy, I was 11 years old. 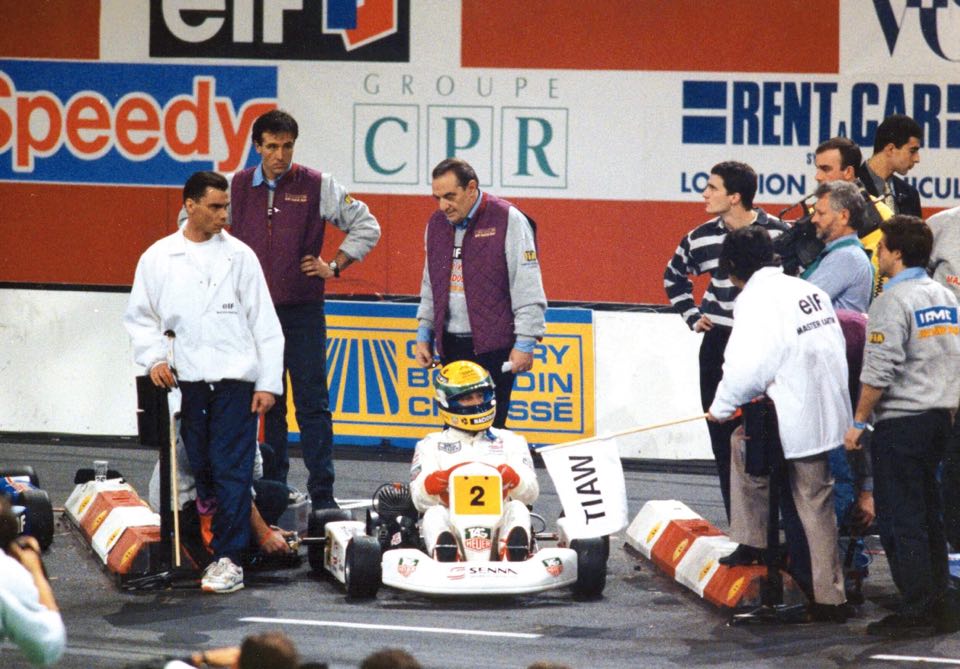 Alberto Rondelli
My memory of May 1st is not so much referred to the Grand Prix, but rather to when I went to the editorial office in the afternoon, to close the number of Autosprint. Upon entering the office I was greeted by an incredible silence, but above all by the distressed faces of my fellow journalists, many of whom were Senna's fraternal friends: the photographer Angelo Orsi, the director Carlo Cavicchi, and I remember very well another colleague of mine who welcomed me with tears in his eyes.
Even though I had been working at the newspaper for 4 years, I only realized then how close Ayrton was to these people. Then I still have in mind the moment when the photos of the accident arrived in the editorial office, with the shots that Orsi had taken, and I also remember when they made the decision not to publish them because they were too raw, renouncing a definitely worldwide scoop. Then in the following weeks the "struggle" that the magazine had with articles, covers, specials, to bring out the truth of the fatal column. In short, my memory of Senna is linked to the magazine in which I have spent 30 years of my life. In short, a second home, where being suddenly evicted, still hurts even more.

Luigi Monteferrante
Ayrton's actually what we'd call our friend Donatello. He was a huge fan of Senna, while I was more of a Prost fan for some strange reason – maybe because I was born and raised in Quebec, vacationed in Italy where I'd spend hot summer afternoons watching the F1 race all by myself on a black and white TV. Anyway, Donatello and I, and a handful of other guys, were hardcore windsurfers. We'd start in mid-March. Poor, we'd have one board, one sail, and deal with the cold by wearing a couple of wool sweaters and a K-Way. Except for Donatello, whom we'd nicknamed Ayrton because he was so fast and very much into the technical features and aspects of windsurfing. We'd all watch Donatello, like we'd watch Senna on TV at the beach club when we weren't windsurfing, and be silenced by his skills, his grace, and unbounded speed – and we'd watch in silence, humbled. Like the great Senna. Yeah, we could all brag and boast, and convince ourselves we were better than the other guy, but when our Ayrton was on pace - silence, our heads bowed, but with one eye peeking to see how the f*** he did it! Years later, we hooked up again, again for speed. Motorcycles. Our last ride together, we had lunch at a ski resort – yes, it was winter, and he was warm and kind, a heart of gold, with eyes that glowed as they did when he spoke of Senna's qualifying lap, and we talked of future destinations, but there was one we hadn't imagined. Donatello died a few weeks later. He was riding his motorcycle, returning home from class, when a small-time crook known for his antics in his dumb-ass car ran head on into my good old friend. It was hard to believe, but when I saw him lying out at the morgue, I rushed out in tears. This was many years ago, and some people slip from your mind, while others are irreplaceable, it's true. My Ayrton, as much as yours. But I can see them both up there in that Big Track in the Sky and off they go, side to side, into the first corner around Cloud Nine... The first return to the track - The story Return to the track, the approach