Author: Vroomkart International
After having had himself talked about, due to his recent great performances in the Rok Cup field, obviously including the victory of the Shifter Rok World Championship, Luca Bosco is ready for 2020.
After a long time between 60 Mini and Junior, the meeting between Luca Bosco and KZ2 took place only recently, thanks to the advent of Manetti Motorsport. A destiny that seemed to have already been written, this Italian-French alliance, now a top player in the gearbox class, capable of reaching high levels of competitiveness in a short time. A growth process that has exalted and continues to enhance the qualities of the driver, despite his little experience with the geared class, at least on paper.

Despite an almost lightning transition to the premier class, Luca Bosco was able to complete a high-level season with many races in ACI, WSK and FIA, crowned with the world championship victory of the 2019 Rok Superfinal. A heavyweight victory for Bosco, competitive throughout the weekend, author of the pole position and a fighter throughout the race right up to the checkered flag. Bosco's triumph is almost unbelievable when you consider the driver's conditions only a few days before, especially after the accident that, in fact, had taken him out of the FIA ​​KZ2 competition with Tony Kart colors. With a non-insignificant elbow injury, Bosco's fortunes seemed by now marked but his rapid recovery and the results on the track showed all the driver's potential.

With the first appearance as an official Tony Kart driver at the International Super Cup KZ2 and the watchful eye of Alessandro Manetti as team manager, Luca Bosco is certain of a high-level future with his proven performance. 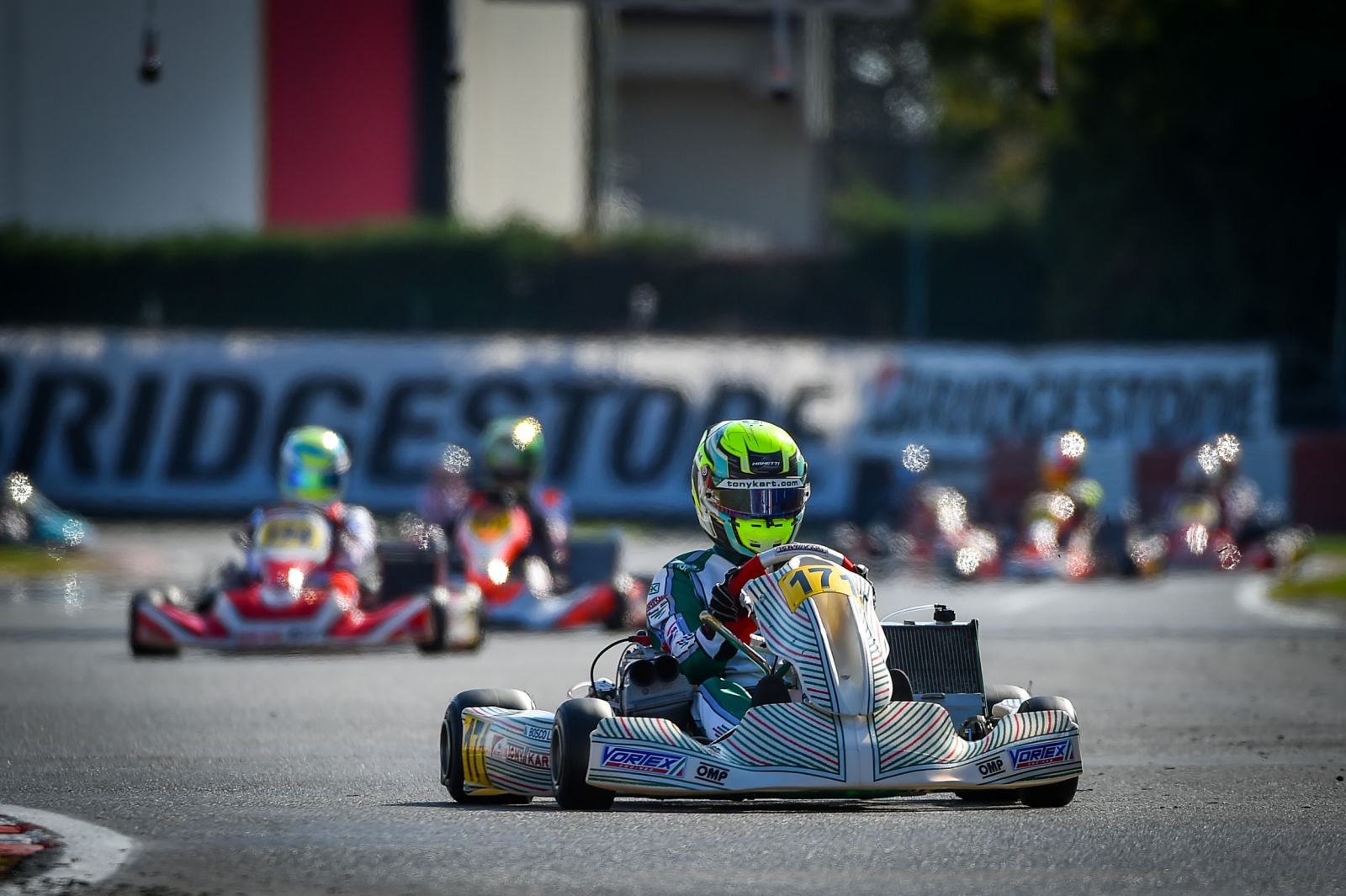 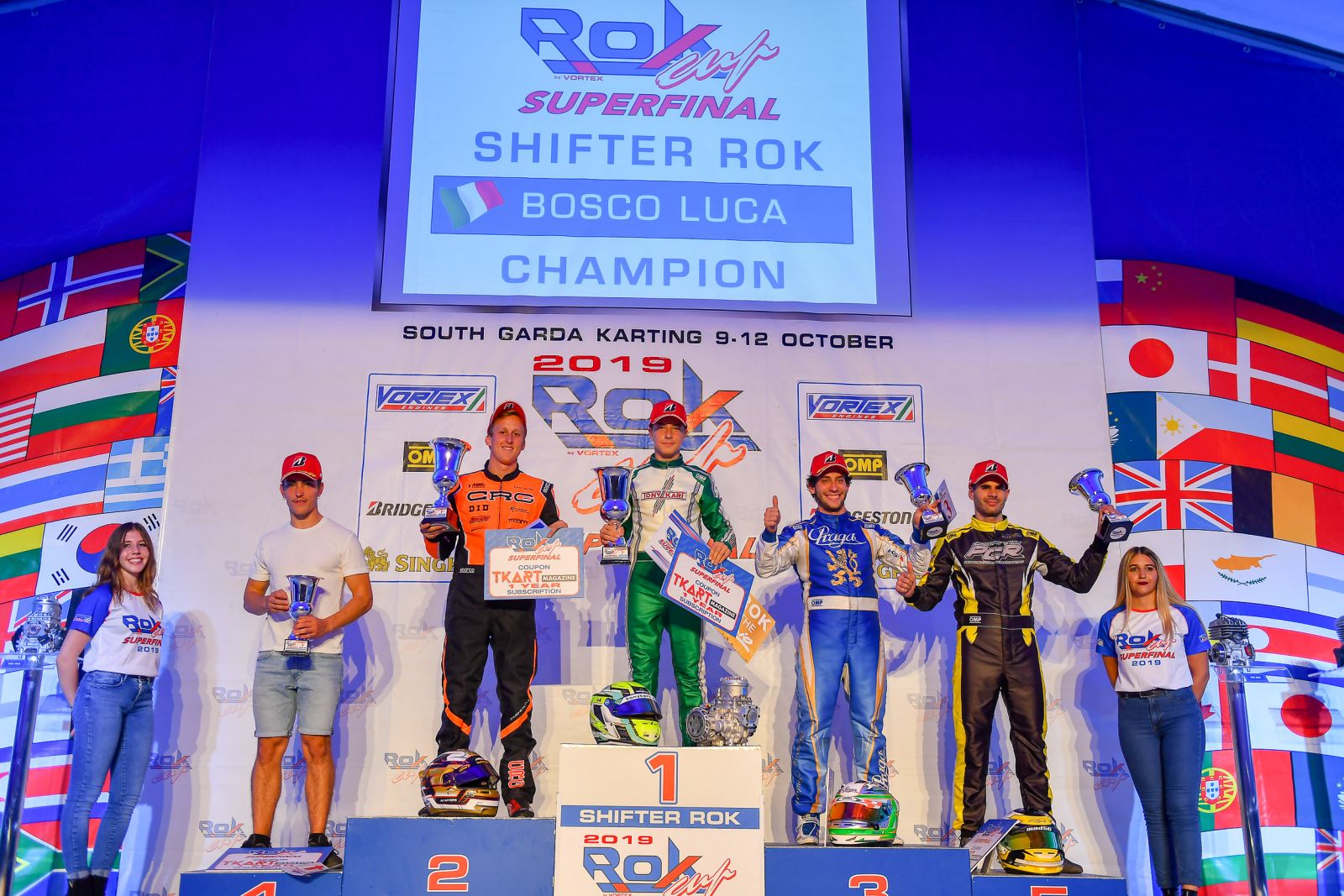 - Luca, with the season now over, what sort of balance sheet can you draw from your 2019?
"I think it was a good approach to KZ. Aside from a few occasions, I was pretty quick right away. Unfortunately the starts were my Achilles heel at the beginning of the season; at the end of the season I can say that I feel much improved. We have strung together a series of positive results and we are happy about this. I started with international competitions with lots of KZ1 and at 14 years of age... it's a shame that the KZ World Championship went as it did. We were really fast and my vehicle was at the top for the race. An accident with a broken elbow took away my dream of a great result".

- What was your best race?
"I have several. The first is the final of the Margutti Trophy where, after a contact in the pre-final, I started 34th and I arrived 16th with many overtakes and some fights at the limit. I had a really fast race pace. I would also say the last two Shifter Rok races, both won in front of experienced drivers including the last one where we had a problem with a tire that took away the good speed margin I had."

- What do you expect from 2020 and what plans do you have?
"My dream and main objective is to join the official Tony Kart team, a team I have always dreamed of with F1 professionalism!"

With these premises, Luca Bosco closes his 2019 with a positive balance, launching the new challenge for 2020! Lena Buhler between fitness and motorsport Britz in the spotlight

The return of Bas Lammers Noah Milell: «For sure we’ll be very competitive this season».