Press Release by: Rafael Camara
At the end of the Alaharma weekend (Finland), Rafael Camara is OKJ World Vice Champion!
The Brazilian driver's weekend ends with the season's first podium with Forza Racing and second place in the FIA ​​World Championship. A more than positive result for the green-gold driver, one of the weekend's most promising.

Camara did well from the very start, namely official qualifications where he obtained the second best absolute time with a gap of only +0.054sec from the top. Thanks to the number one spot in group B, Camara managed to impose his own pace in all the races between Saturday and Sunday, thanks also to his good feeling with the wet track. A fourth, two thirds, a second place and two victories allowed Camara to start from the number five position for the Final. 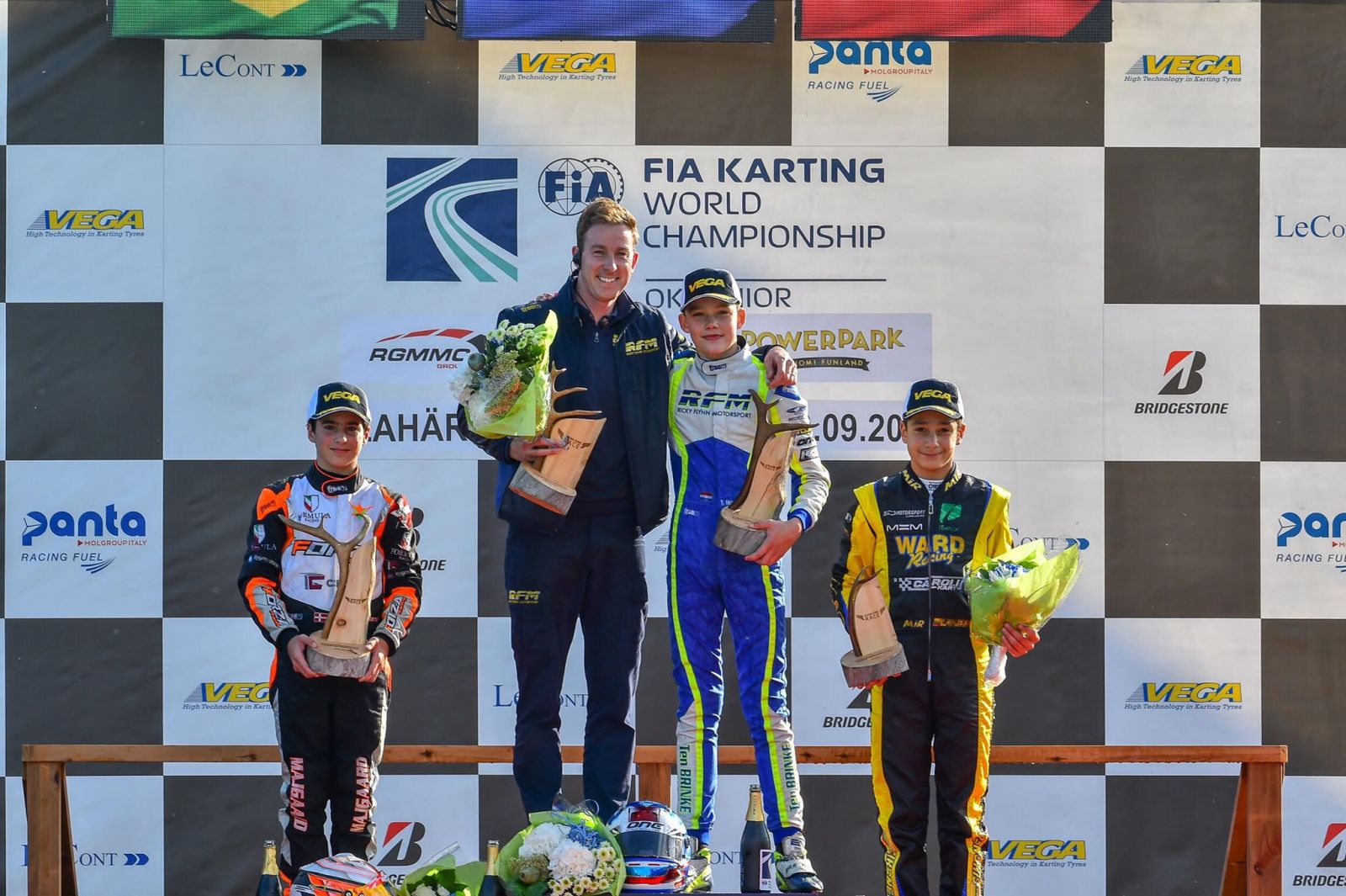 After the opening phases of the OKJ Final, Camara managed to gain well without making mistakes, quickly settling into second position. A praiseworthy pace led the Brazilian to close in on and make a bid for the overall victory. With the second place under the checkered flag, Rafael Camara is therefore the new OKJ World Vice Champion.

The result of Finland launches the Brazilian towards the season's next targets. Rafael Camara ends the WSK weekend with a podium Rafael Camara returns to Europe to resume the season The Super Master Series in Lonato does not smile on Camara