WSK Euro Series - Lola Lovinfosse fights hard, makes gains
In the second round of the Euro Series WSK, Lola Lovinfosse ended a weekend that was not easy, but certainly useful for her process of growth and development. Back from two back-to-back weekends in Angerville, she started with a not easy qualifying due to the impossibility of making a clean lap, ending in 26th place.

In the three heats available, Lola then fought in mid-field, failing to climb but however gaining a number of positions. In Sunday's pre-final, the retirement for a race contact negatively impacted her French weekend, but she then raced a good final to close in P20 with 9 overtakes made. 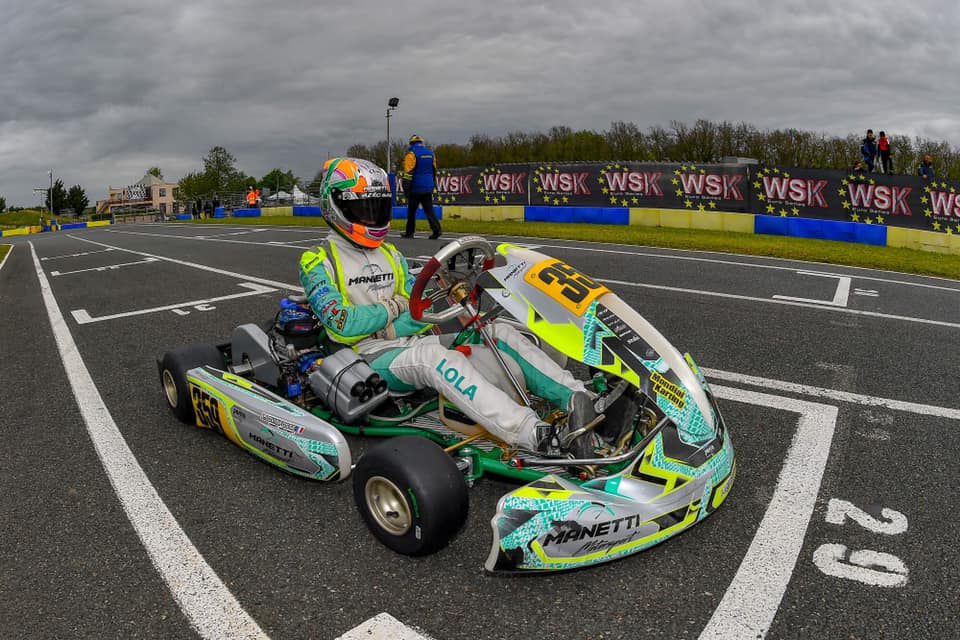 7 Laghi Trophy - Wurz commands the weekend!
At the 7 Laghi kart track in Castelletto di Branduzzo, the 60 Mini racers gave their best with a remarkable performance. Oscar Wurz proved to be competitive in qualifying, pre-final and race, closing the timed qualifying with the seventh fastest time and catching up in the pre-final with second place. In the last act of Sunday, the Austrian took the lead, taking home the final win!

Positive weekend also for Kaloyan Varbitzaliev, 15th on the finish line of the 60 Mini final, having started in P25.

Manetti Motorsport will be racing at the first round of the FIA Academy Trophy in Wackersdorf (Germany) with Charlie Wurz. Updates to follow on the social media channels of the team, Instagram (@official_manettimotorsport) and Facebook.