Author: Vroomkart International
After Hajek’s win (Kosmic/Vortex) in Zuera the KZ final is expected to be breathtaking thanks to Ardigò, Hajek and Iglesias being very close. Also the European championship of the new born OK class is more surprising than ever. In Zuera, the final won by Karol Basz (Kosmic/Vortex) has lived memorable moments. The potential on the track at the moment is really fantastic. We’re going to see some incredible things are in store!

For about ten years now, KZ has been the queen class of karting, the only class that has covered the role of representing the most captivating aspect of this sport discipline, and therefore it is the most credible and exciting in a context of karting competition also thanks to the preference of drivers who have made the history of karting backed by an engine, which is well-performing and the most reliable too. Also on the French track in Essay, the scene of the first round of the Cik Fia European Championship, KZ is the most exciting class and Ardigò is the best on the scene. This truth has been in some way undermined by another engine, the OK, which is just as good; it’s the most powerful direct drive engine around that debuted just after in Spain (where this class was racing the first round of the European Championship together with the OKJ and KZ). We were aware that this engine was fast, but so much as to pay only 6 tenths to KZ is an amazing result. However, it’s not just a question of speed: the direct drive – the karting school teaches us – is a vehicle, which is the most appropriate for forming pilots because you have to pay more attention and have the sensitivity to be able to go fast from the first to the last lap. We all know that the KZ, in case of distractions, allows you to make up better. This situation leads to believe that there’s a better future ahead as far as international karting is concerned. We now have the requirements for promoting and choosing tomorrow’s champions. From promotional policies to brand Trophies that help to improve the approach to kart racing, and on to the more important and formative requested by the Cik Fia, powered by the new OK engine that has confirmed the production chain that culminates to have, once again, very competitive gear class karts.
A production line that will form lots of young drivers in a matter of few years, drivers who will be ready to reward the spectators with exciting driving on any occasion, the sort we have seen during the OK final in Zuera. Then maybe we won’t be so surprised when someone like Max Verstappen wins the F1 at the age of 18.
We now have the requirements to be able to decide on whom to bet and set up a good breeding ground for drivers. Marta Garcia, up from the Academy, has made her debut in OK this year and she took podium after duelling with world champions Karol Basz  and 2014 title winner, Tom Joyner. These are important and significant signals, not just a chance wins. So, at last there will be the long awaited generational change, and it won’t be just KZ who is going to benefit from it, but also the single seater who can enter young drivers ready to fight for important goals in their championship.
Giuliano Ciucci Giuliani 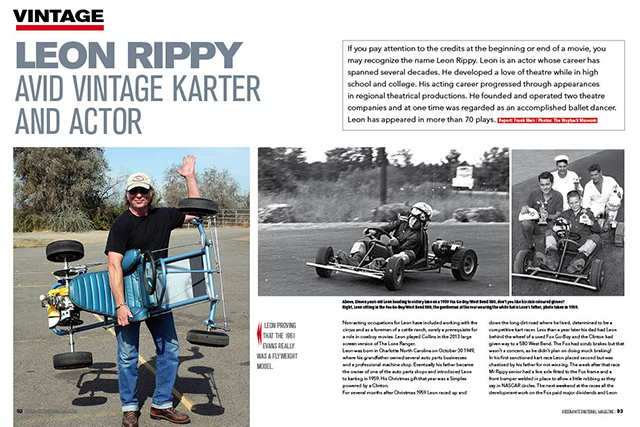